While we may be heading towards the traditionally cooler and winter months, the changing climate means that Turf Managers are not only having to consider the immediate pressures – but those likely to lay ahead as spring arrives and new season growth begins. As spring and summer droughts become more common, and water becomes a more valuable resource, turf managers need to consider ways of maintaining lush green grass all summer long. The solution could well be in the form of DLF’s drought-tolerant 4turf® tetraploid range.

Not all droughts are the same. More common in Northern Europe, spring droughts occur when, despite the lack of rain, water remains available in the deeper layers of soil. During a summer drought, even the deeper layers of the profile have run dry and the simultaneous higher temperatures mean the grass above ground has to be able to withstand dehydration. While summer droughts are typical of southern Europe, they are now increasingly being seen further North. 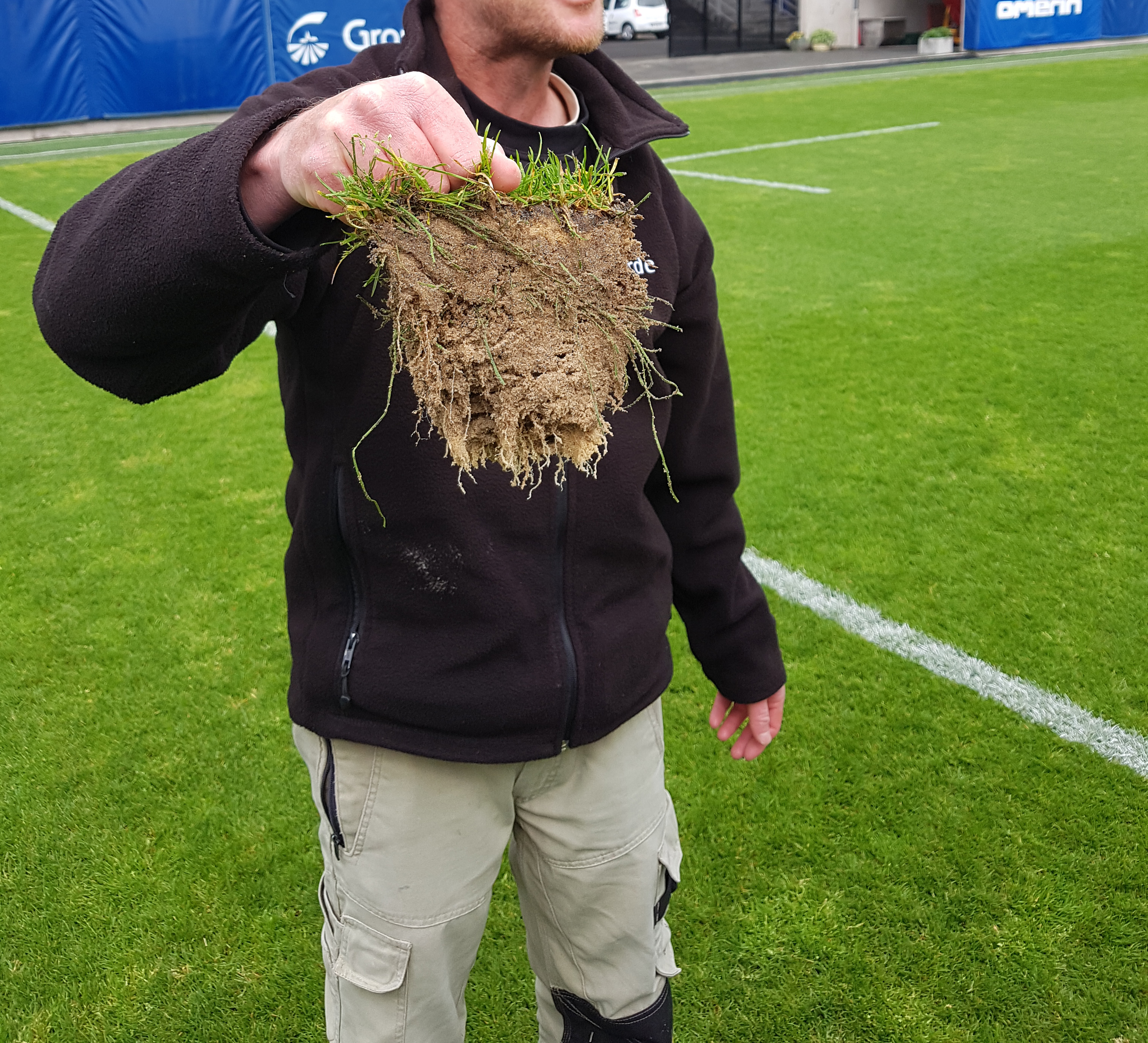 DLF’s 4turf® eases the pressure on turf managers. Rooting fast and deep, tetraploid varieties are more likely to survive a spring drought and are better placed to stay green and playable should a summer drought follow. Years of testing at DLF’s state-of-the-art root-screening facility in Denmark demonstrated how, compared to diploid ryegrasses, 4turf® has quicker root growth and develops a larger root mass in the upper layer of the soil, making it an excellent springtime seed. In summer trials, conducted in France and the Czech Republic, it also remained green when the plants were starved of water above-ground.

It’s ability to withstand drought-like conditions means that 4turf® has a wide range of applications. On golf course fairways, for example, where irrigation is often not an option, overseeding with 4turf® produces a better-quality summer turf. The principles could also be applied to sports facilities, parks and ornamental lawns in public locations, where turf needs to sustain more playing hours, with less time spent on watering or maintenance.

4turf® is available in a number of mixtures from across the Masterline and Johnsons Sports Seed Ranges including J Rye Fairway, J Outfield and J 4Turf – the ideal choice for overseeding programmes on winter sports pitches and racecourses, establishing in temperatures as low as four degrees.